As a realtor, it's nearly impossible to hustle your way to 7 figures without sacrificing all your time. If the unpredictability of traditional marketing methods has left you in a place where you are scrambling for time and want to earn more, this is for you. Let Rob explain you why!

We help busy agents predictably scale to multiple six figures in their business attracting clients that know, like & trust them as the industry leader with proven strategies. Agents that come through Samwhere Online have a goal of exponentially growing their audience, boosting their income, and becoming a local celebrity in their area. Thus far, over 72% Of Our Agents Make An ROI Within 60 Days ...

Brokerages that have been more successful using our solution: 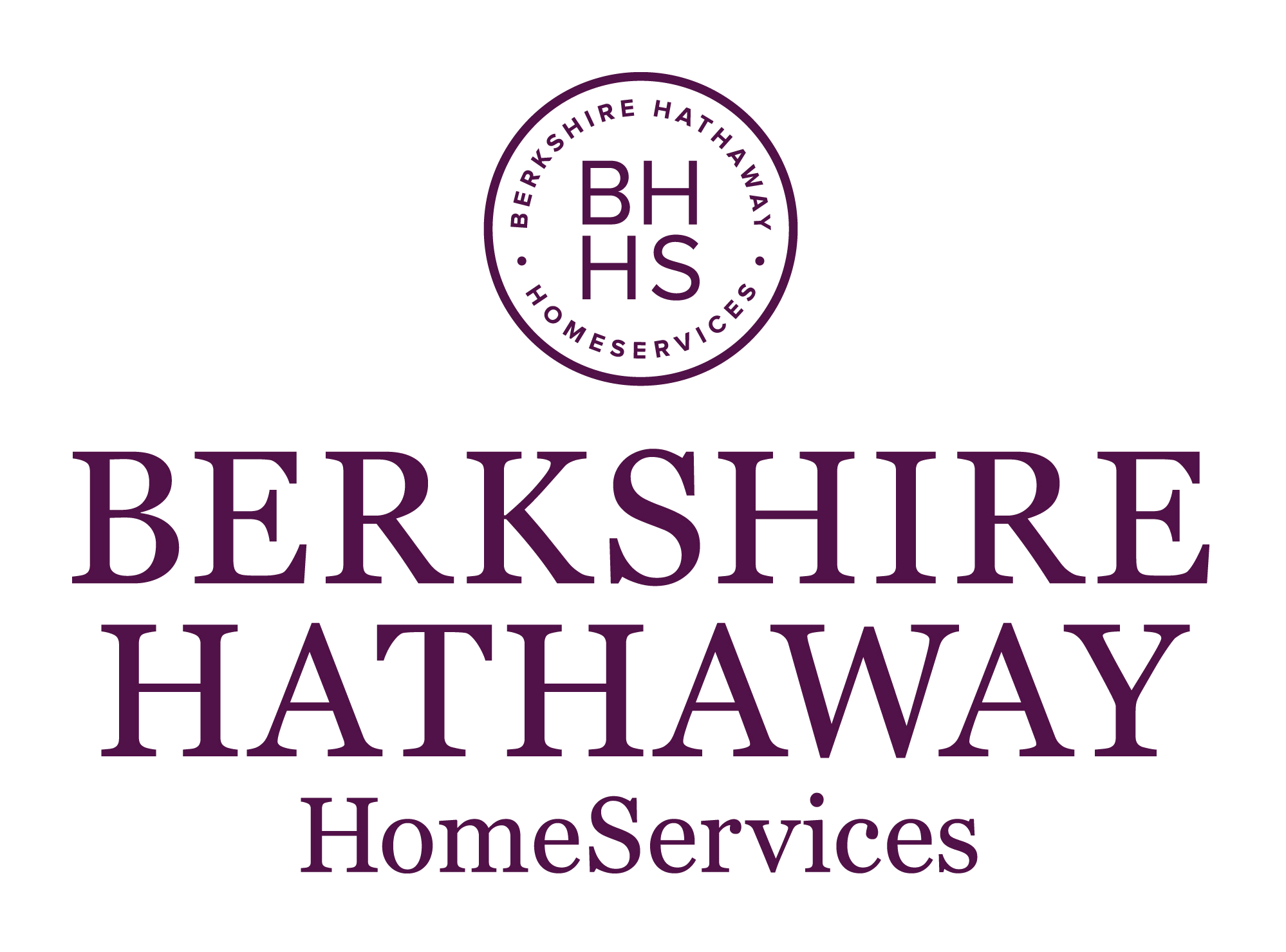 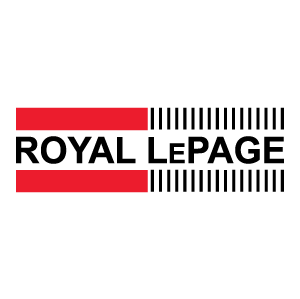 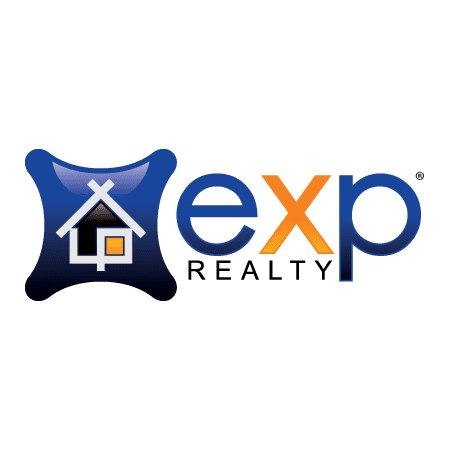 Phil multiple listings and closed 18 deals within 7 months during Covid while having 100+ more buyers & sellers in his pipeline.

State 1: Skeptical about our results after being burned numerous times by numerous lead generation companies.

Phil came to us when he was spending thousands of dollars on other lead generation that never got him anything close to an ROI. Despite being highly skeptical about our claims, Phil took the leap of faith and allowed us to set up his Facebook ad campaign which yielded a higher ROI compared to any other form of marketing he had done in the past. Mutliple transactions have been confirmed by our team and we are still in contact with Phil to get the latest updates on any additional closings. Phil said, "This is the best system I've ever used" after having a conversation with our CEO. 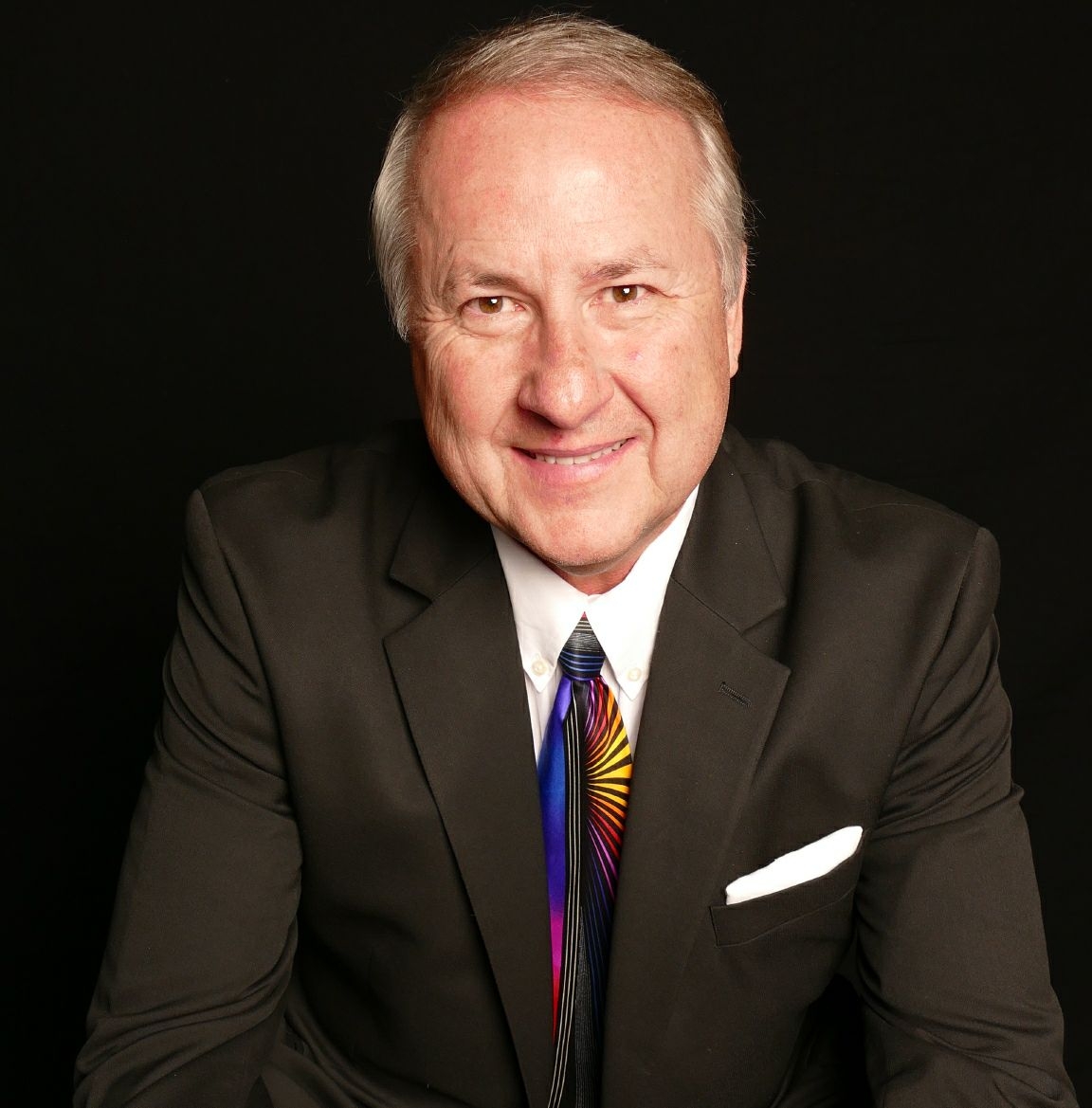 While Dean has not only closed 9 Deals from Facebook Organic & DR using our program (with 0 on ad spend basically), he was also able to close several deals using paid traffic! Check out the video below to learn more about Dean and a quick glimp into his best practices.

State 1: Paying thousands monthly realtor.com and Zillow with no strong return. He wanted to get his own prospects and have full control by having exclusivity. Dean also went through countless software and CRM's to get every piece together.

State 2: Closed 9 Deals in 5 Months with 0 Adspend, all organic through DR and Facebook Organic. He has also closed several deals through the paid traffic that we set up for him. 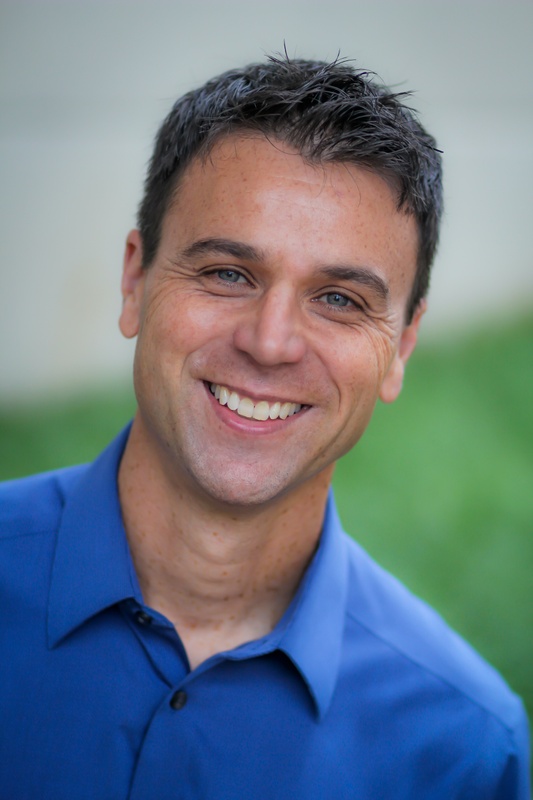 Derek is from the Myrtle Beach area in SC. As a new agent, he joined the Samwhere Online team excited to make his Real Estate dreams a full-time gig. In a couple of months, Derek managed to do so. Securing 14 closed deals and 6 under contract, and numerous listings in the works, all within his first 5 months of joining.

State 1: Derek was cold calling FSBO's and expireds with little results. He barely had time to prospect as a newer agent, which needed to change.

State 2: 14 Closed Deals, 6 Deals Under Contract, In under a year, he is working with over 15 people and is getting sellers & buyers as a new agent.

Derek Reed is a licensed real estate agent servicing the Myrtle Beach market. While being a new agent, he created a stronger pipeline than ever before. His calendar is now packed with people that know, like, and trust him. They came to Derek and booked appointments through this personal calendar link that we have set up. In April, we launched Derek's, a campaign that we run and manage. Within 5 months, he has closed 14 deals and has 6 pending right now. Attached is a picture of an example of a long-term follow-up we put in place for him. While he was closing deals, we took care of the nurturing so that he could pick up a client which he met right after we followed up for 4 months. 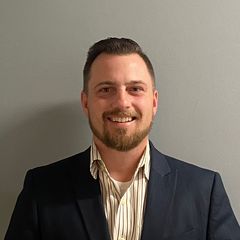 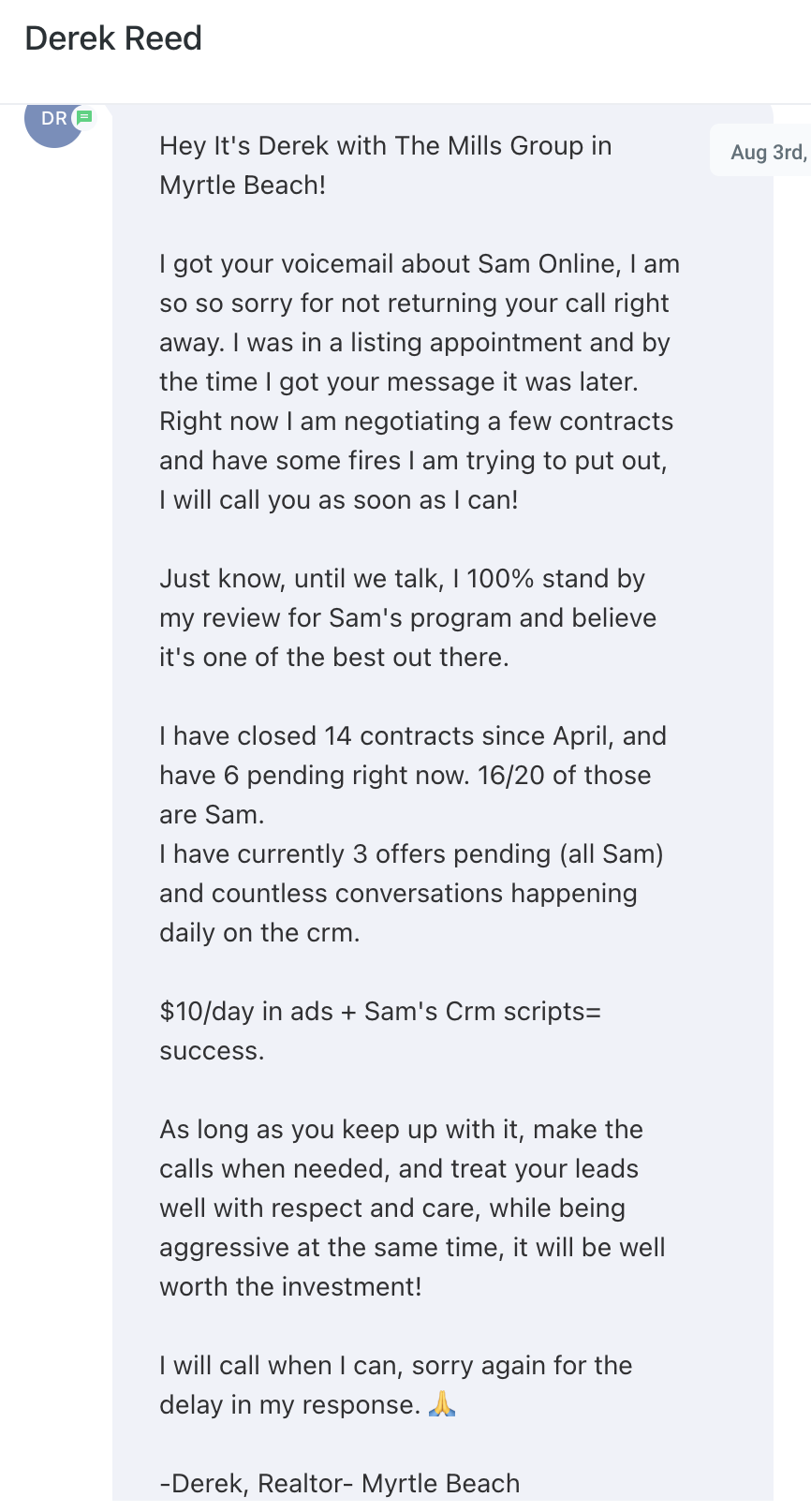 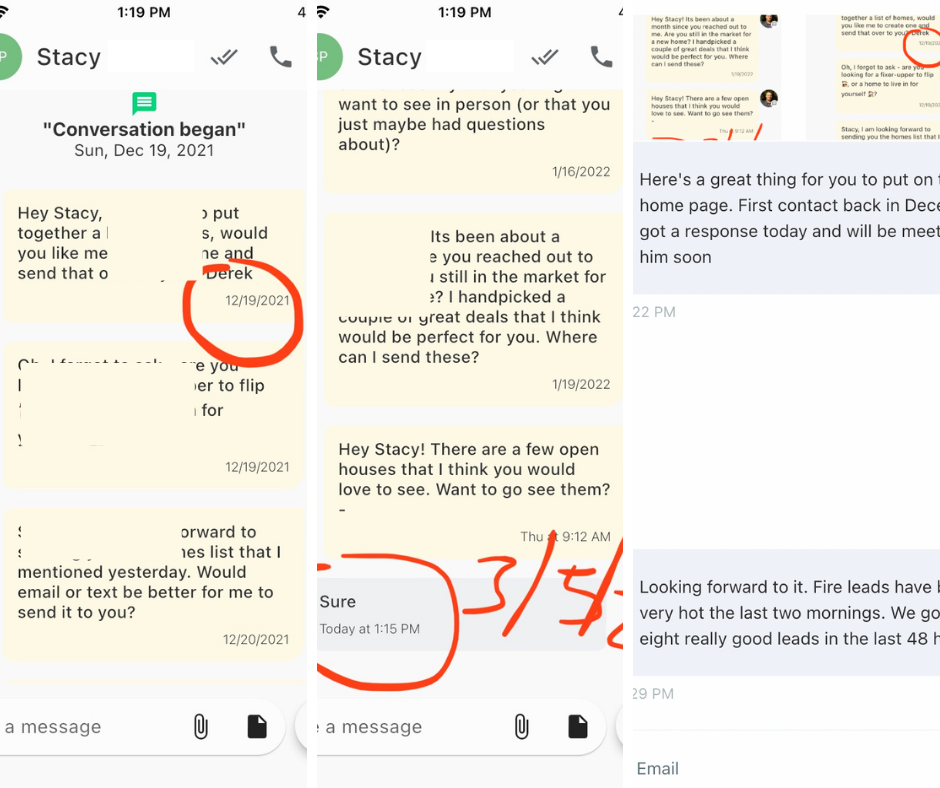 Ryan Lara is a broker with a team of 6 agents in Cincinnati Ohio. He spent $15 to get a listing, and it didn't stop there so we kept doing that using our proven process. Saying that, in his first month he was able to turn a couple of hundred dollars into 7 signed listings. He's been in the game since 2010 and saw something that he hasn't seen before which is one of the reasons he joined on. See how he got the results in the video below.

State 1: Paid 5 figures for boldleads with not a single deal closed and other similar companies which didn't give him any returns after spending tens of thousands of dollars. He was skeptical about our results and checked some of our agents out. Next to that, he saw that we were offering something truly unique which made him join in a heartbeat.

State 2: Believed in our system and implemented it right from the start. Signed 7 listings in his first 30 days of joining with not more than $300 in total spend. 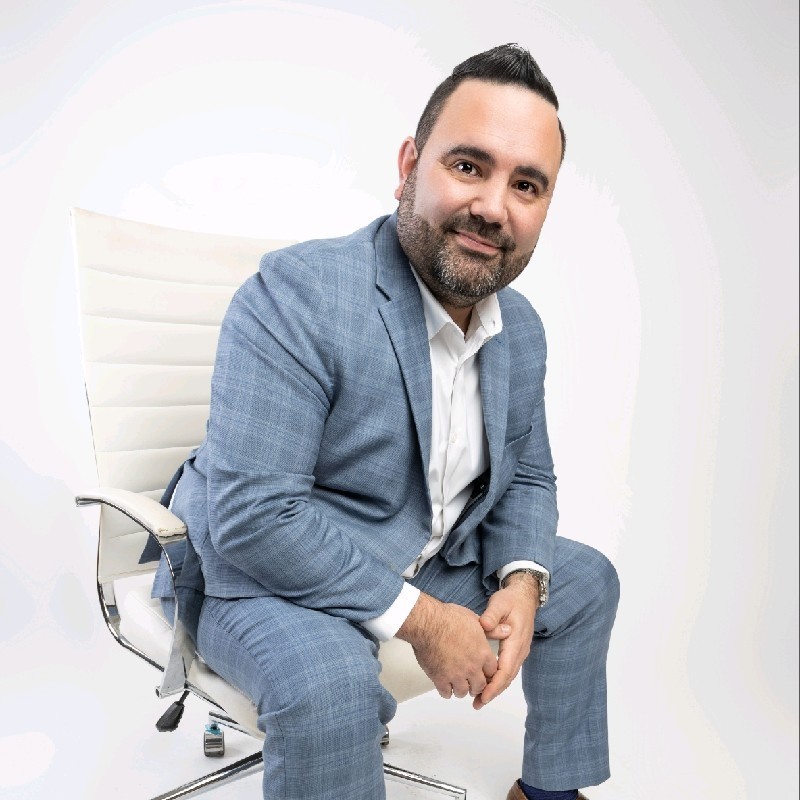 Listing & Buyer Under Contract In Just 14 Days Of Working With Us With Multiple Appointments Being Set & 100+ Buyer & Seller Opportunities In The Pipeline.

State 1: Paying thousands monthly to magazines, Zillow, Trulia and many more without trackable results for over 10 years.

State 2: 282 leads in 30 days. 4 appointments scheduled. 1 listing & buyer under contract within 14 days. With many more sellers and buyers in the pipeline. 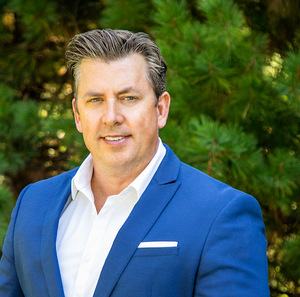 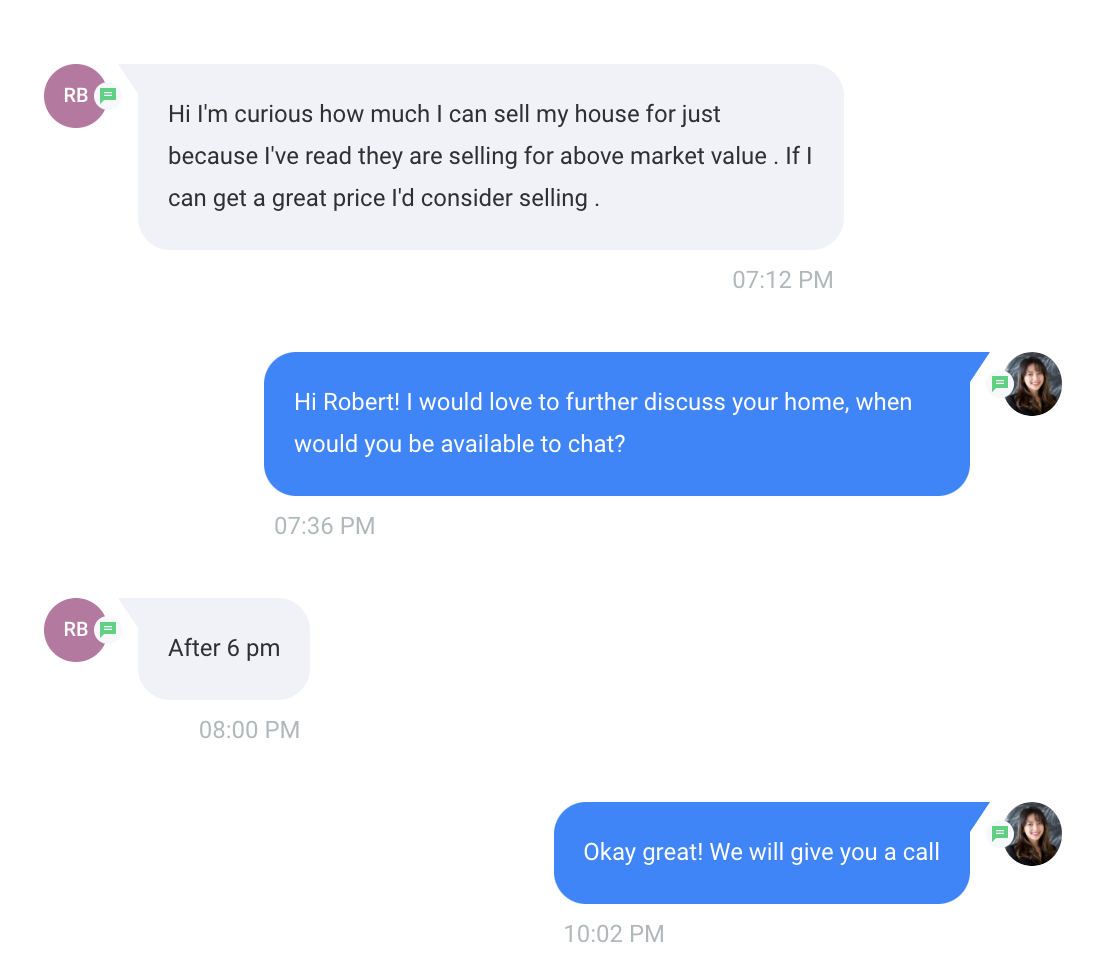 Ben is a newly licensed real estate agent from Maine mainly focusing on a low populated area above Portland. He came without any deals done before. A few months in, Ben has signed 5 Buyers, booked 4 listing appointments within an hour of setting up our organic method for FSBO's and expired + is consistently generating 20 conversations a week with Buyers & Sellers from his Facebook Organic. Update: He also just obtained 2 listings from Organic within 5 days.

State 1: New in the business without any past experience in real estate and no inbound traffic from Buyers & Sellers

State 2: Signed multiple listings using our organic methods and a healthy pipeline with organic and paid traffic. Set 4 Listing Appointments + Obtained 2 Listings Within 5 Days With No Money Spent On Ads.

Result: Closed 1 Listing Within 3 Weeks Of Reactivation + Signed 1 More Listing With No Money Spent On Ads 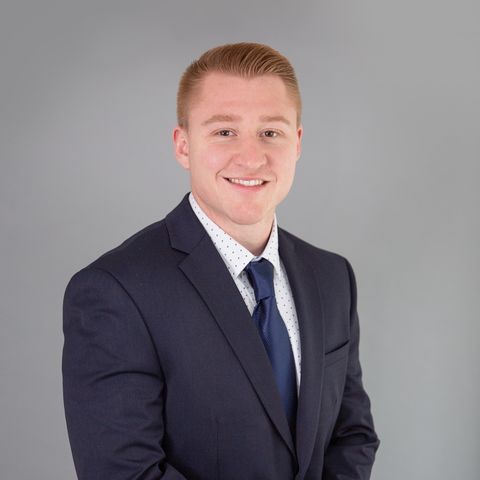 Denise Povolish is a real estate agent in the St Petersburg, Florida area. She came to us after needing a boost in her real estate business that got hit by covid. 2 weeks in she was working with her first buyer and 2 weeks later she got a home under contract. 6 weeks in, she has is talking with 50+ Buyers + Sellers.

State 1: Business got hit by covid, needed a boost

"Because of the pandemic, my business really needed a boost. So that's when I found somewhere online. It's like having your own personal marketing director. He's genuine. He truly cares about what he's doing and he really wants to help. So he developed this program where he implements the latest technology for you. Using methods that he tested himself and they really work me two weeks into it, I was already working with my first buyer. Two weeks after that, I had my first home under contract. And now six weeks into the program, I am having conversations with over 50 people about real estate that I never would have had the opportunity to do so without this program. So I'm really excited about the future of my business. Thank you, Sam." 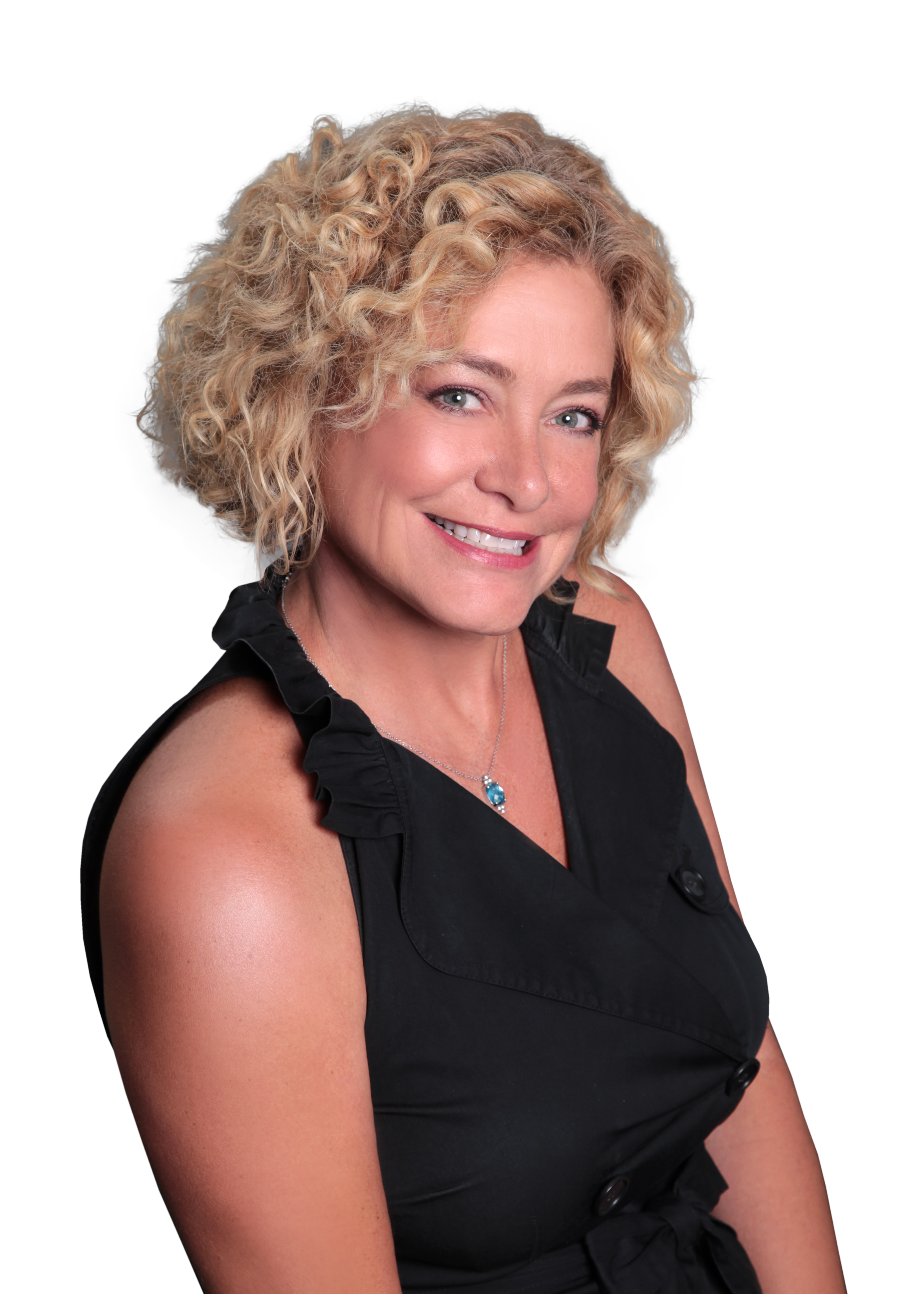 State 1: Referred by one of our other agents who was seeing success in our program and needed extra conversations in her real estate business.

State 2: Obtained a 20x plus return on ad spend by obtaining 1 closing and putting 1 client under contract within first 65 days of joining.

Story: Liz came to us farming her own sphere of influence and doing postcards with little results. She didn't like cold calling like most agents and her sphere was drying out. Some clients came through her open houses but she couldn't rely on these unpredictable methods and she wanted more consistency and growth. After being referred by another agent in our program, she joined and within her first 65 Days she was able to close 1 deal + put 1 under contract. 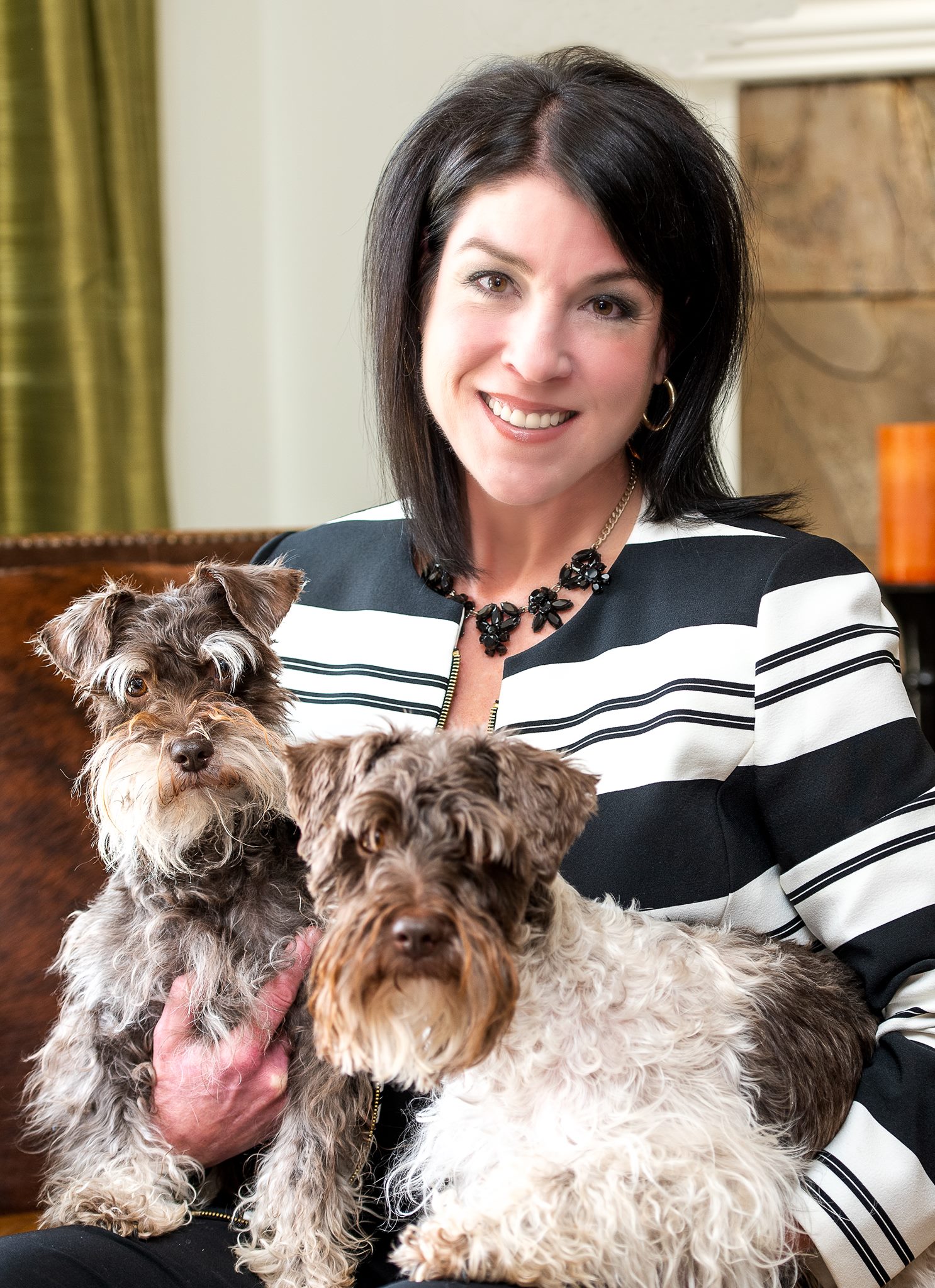 State 1: Relying on sphere of influence and being burned by Zillow, Redfin, Facebook and Marketleader.

Story: Julie came to us after being a real estate agent for about 2 years relying mainly on her sphere of influence while she received many awards in her first year. Prior to joining she had used Zillow, Redfin, a little bit of Facebook and Marketleader with little success. The problem was that most people that came through were not vetted and just shopping. After using our system she was able to see a return in the first few months of joining. 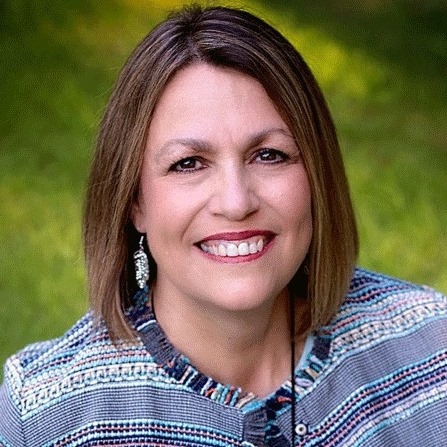 Jacob VanderHeiden - 4 Closings in 3 months, 1 pending and more in the pipeline

State 1: Newly licensed, not knowing what company to trust.

State 2: Almost 20+ people in his pipeline ready to buy & sell in 1-6 months with him and multiple listing appointments being conducted by Jacob. He also managed to obtain 4 closings + 1 under contract in a highly competitive market. His Buyer & Seller ratio was about 50%.

Result: 4 Closings In 3 Months, 1 Pending And More In The Pipeline 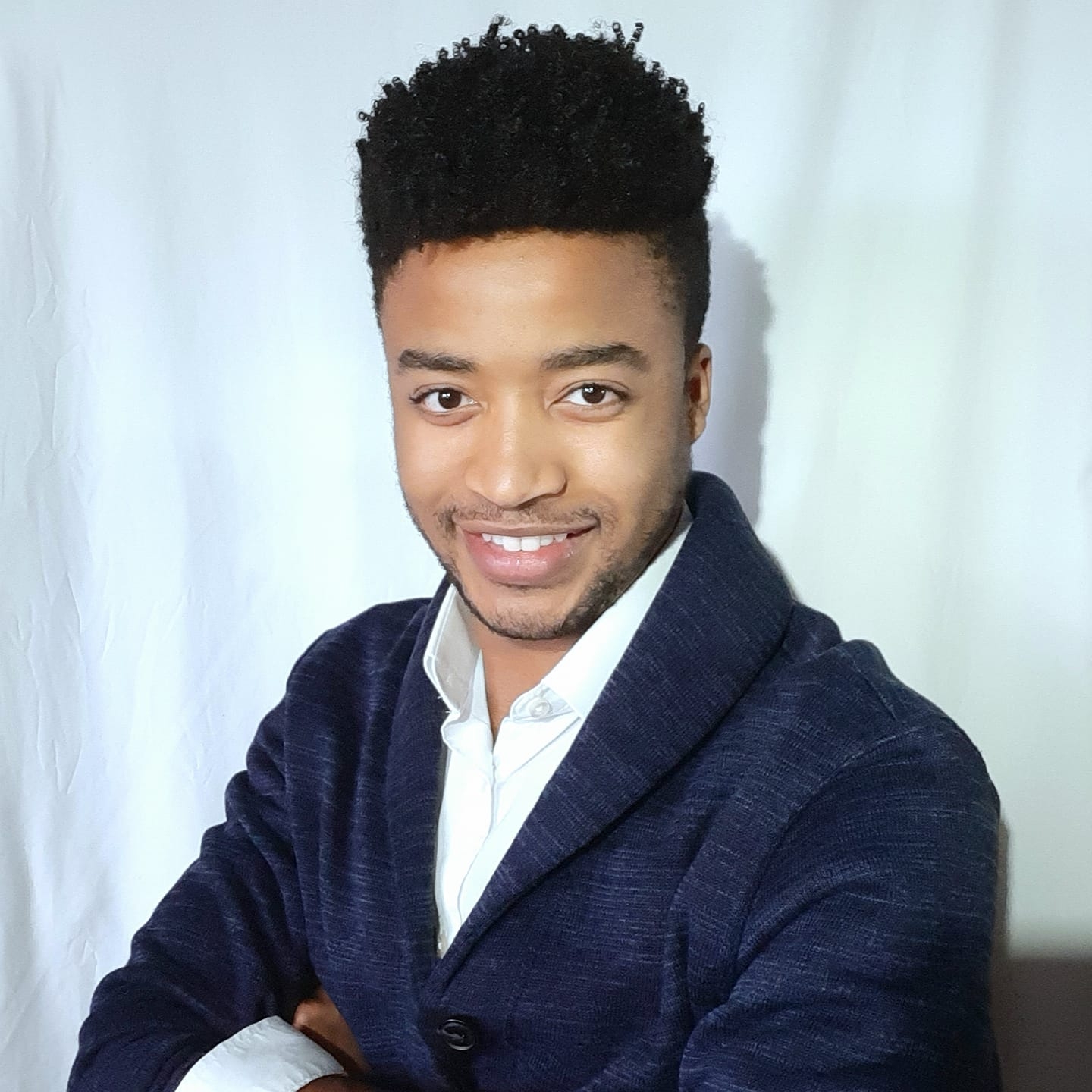 State 1: New in the business and burned by other companies like boldleads for 6-12 months.

State 2: Obtained a 15x ROA + put a new construction under contract + a buyer that also needs to sell. Multiple appointments being set and 50+ real conversations generated. Total: 2 New Constructions + 2 Deals From DR Under Contract Within 4 Months.

Story: Javier was quite new in the game as a licensed real estate agent focusing on Clay County in the Jacksonville area, FL. In a short 2 months, Javier has signed a new construction contract with a 5 figure commission locked in. Javier has used other lead gen companies with no results such as boldleads and others for 6-12 months with no closings. Since working with us, he's now consistently talking with new buyers & sellers on a daily basis and is looking to convert a few more sellers in the next few weeks. He had mentioned to us that he didn't get 1 on 1 support and felt left in the dust with prior companies. 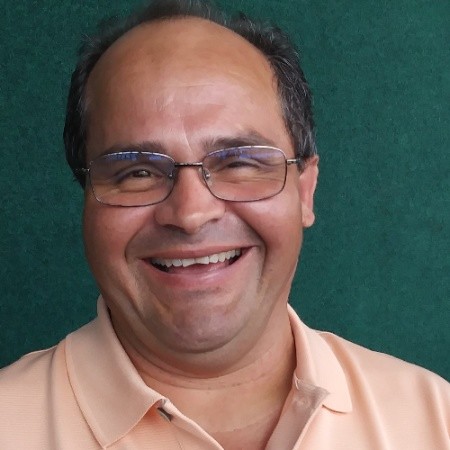 Ronnetta from Fayetteville, NC came to us after hearing about us from Steven (mentioned above) when she just started doing Real Estate. She managed to obtain a Buyer + Seller within her first 24 hours + multiple appointments that month! The Buyer & Seller are looking to close in the near future due to them building a new house and selling their old house after that. This came from $5 in ad spend.

State 1: Just came into the RE space when joining us.

State 2: Got a buyer + seller for 5$ in ad spend that is about to close soon.

Ronnetta is a licensed real estate agent servicing the Fayetteville market. After getting her license, Ronnetta joined Samwhere Online. Her calendar is now packed with people that know, like and trust her. They came to Ronnetta and booked appointments through his calendar link that we have set up and the closing she got is from someone that commented on her post we setup!

Result: Buyer + Seller that is about to close, obtained within 24 hours 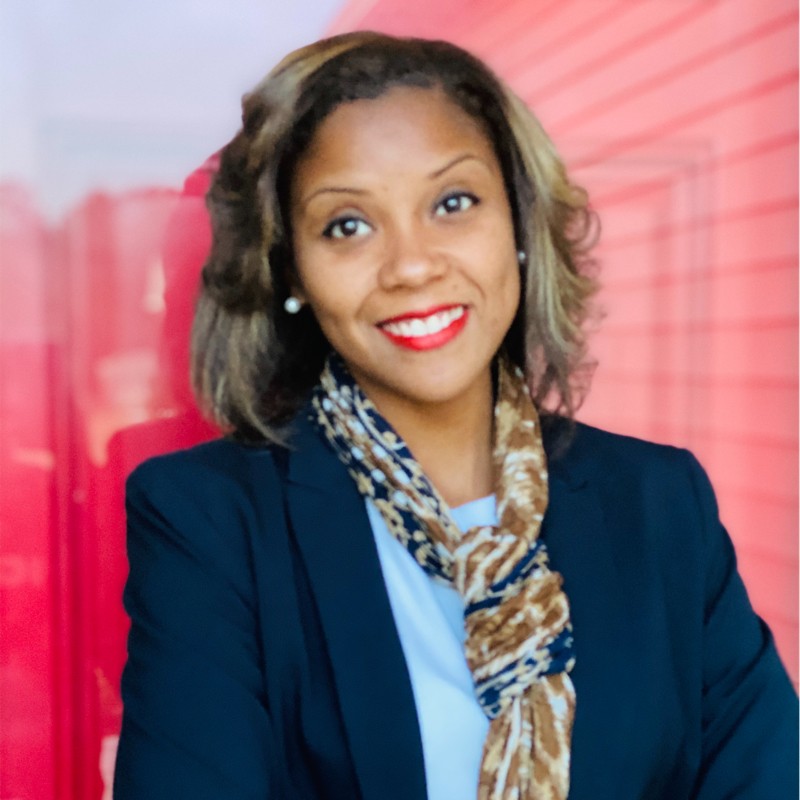 After working with successful agents in the Hamptons NY, Sam has learned a lot about real estate marketing and was able to observe all the marketing methods out there. After years of testing, Sam has developed a system that could not only replace most of the lead generation companies, but also give you leads that are interested in your services that you provide as a real estate agent. Creating long lasting relationships, building more business and conversion is our goal at Samwhere Online and not just lead generation. 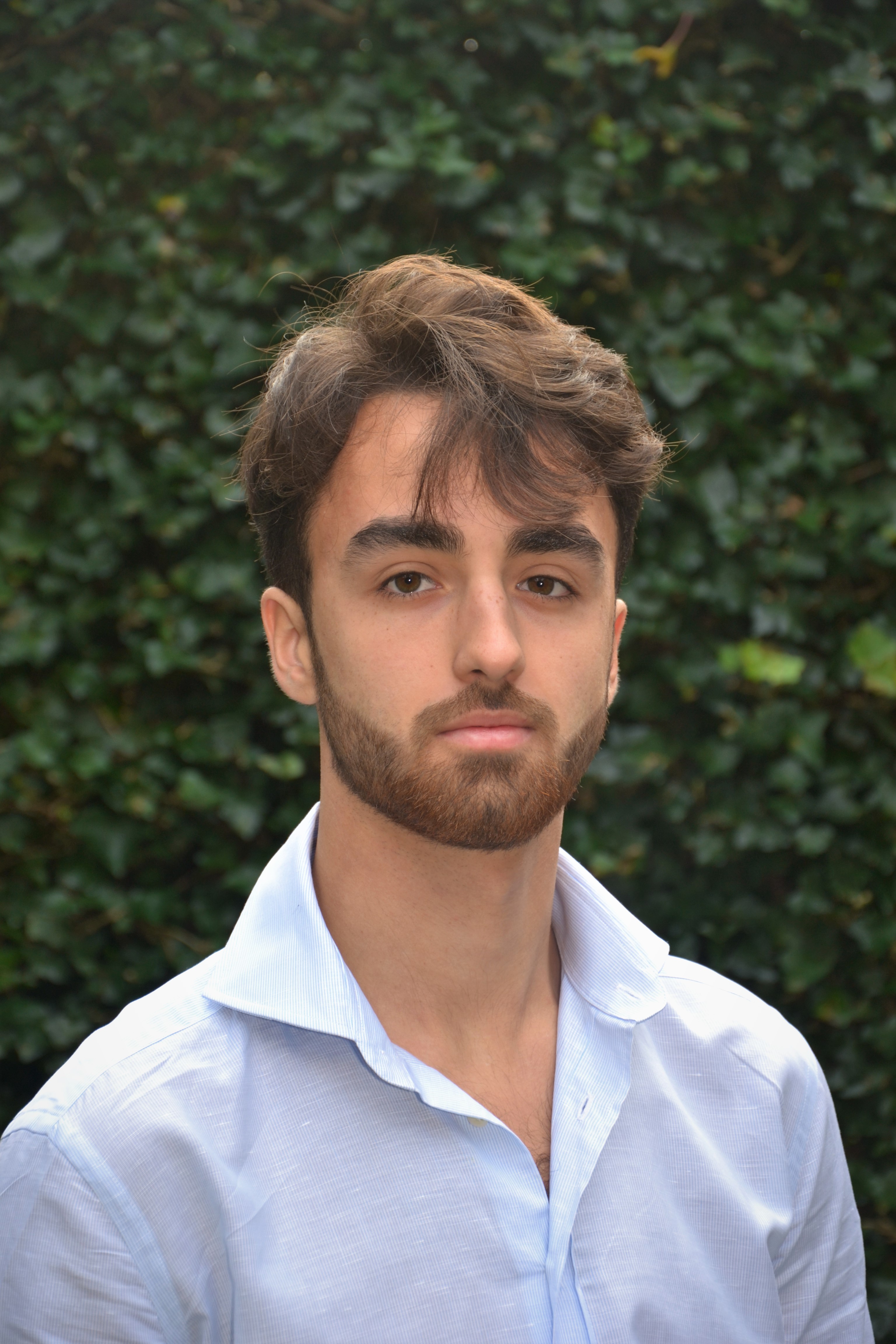